Energy Optimizers, USA, LLC specializes in developing, engineering, and implementing energy efficiency, facility improvement, and solar projects for educational, governmental, and commercial customers. Our goal is to reduce our clients’ costs while saving the environment.

We emphasize ethics, honesty, customer service, and education with our customers, associates, vendors, contractors, and partners. We are committed to providing our services in a professional manner at a fair profit margin that exceeds the expectations of our customers.

Our Project Development team is looking to add a full-time Senior Energy Engineer to join our fast-paced company. Our new office in downtown Dayton is easily accessible and our entrepreneurial team culture provides a positive and rewarding growth opportunity for all Associates.

Energy Optimizers, USA, LLC specializes in developing, engineering, and implementing energy efficiency and energy savings projects for educational, governmental and commercial customers. Our goal is to reduce our clients’ costs while saving the environment.

Energy Optimizers, USA emphasizes ethics, honesty, customer service, and education with its associates, vendor partners, and customers. We are committed to providing our services in a professional, honest manner and to exceed the expectations of our customers.

Our Project Development team is looking to add a full-time Energy Engineer to join our fast-paced company. Our new office in downtown Dayton is easily accessible and our unique team culture provides a positive and rewarding growth opportunity for all associates.

Please email your resume and cover letter to bkenley@energyoptusa.com or mail to:

Download this job posting as a Word .doc or as a .pdf

One of our greatest accomplishments has been the implementation and sustainability of our Graham Middle School all-female “Energy Team”. This team was created due to the overwhelming vocational need of females in STEM careers.

The energy team has won multiple awards for their leadership and project implementations of green energy practices across the state and region. They have received grants from the Ohio Energy Project where they attended a week-long conference and built an energy bike to be used for education.

This team of sixth, seventh, and eighth-grade girls took their learning and developed lessons, for their peers and elementary students. They travel to the elementary and teach on energy conservation, green practices, and STEM careers to Kindergarten through 5th grade.

The team also plans and leads an energy education fair for their peers and the community each year to demonstrate and educate about green practices. This past year the team participated in the Dayton Area “Bring Your Green” Challenge. A yearlong challenge to earn points by participating in “Green” challenges, energy monitoring, and education. Graham Middle School won this competition for 2017 and collected more points than any other school or business in the region, beating out over 600 other facilities. http://drg3.org/bringyourgreen/leaderboard
The students won a prize of $3,000 and have already made plans to invest the money into more projects to become more “Green.”

Congratulations to the Energy Team of Graham Middle School! 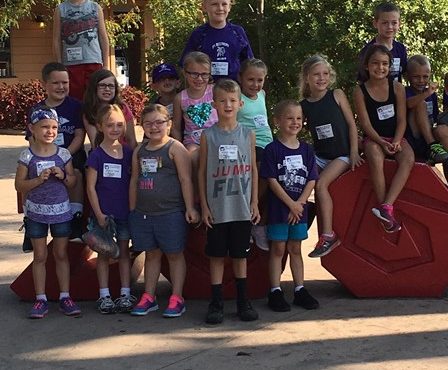 TIPP CITY, Ohio, March 16, 2018 (SEND2PRESS NEWSWIRE) — Energy Optimizers, USA, has completed an aggressive energy savings project that is expected to save Fort Recovery Local Schools more than $30,000 a year in utility costs.
The district also anticipates receiving a Dayton Power & Light rebate of more than $17,000 because of the work.
END_OF_DOCUMENT_TOKEN_TO_BE_REPLACED

Bellbrook-Sugarcreek Local Schools’ utility savings more than $6,000 above projections through a partnership with Energy Optimizers, USA

Always supportive of our troops, Energy Optimizers, USA announced today their continued support of the Fisher/Nightingale Houses that have served to house over twenty thousand families from all branches of the military.

Since its inception in 1990, these two homes, along with their managers and outstanding volunteer staff, have served military families from stateside and overseas, active duty, Guard, Reserves, retirees, and veterans. These houses allow families to stay together during times of medical emergencies and crises when they need the love, comfort, and support of their families the most.
END_OF_DOCUMENT_TOKEN_TO_BE_REPLACED 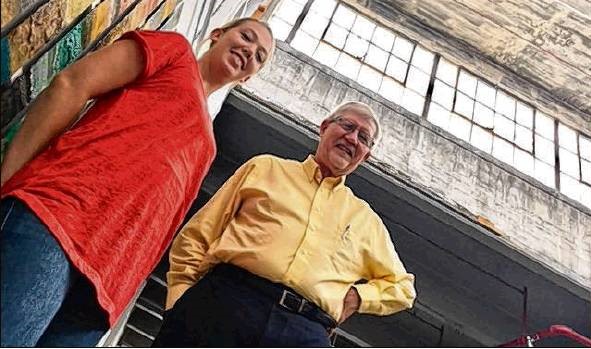 A complex of historic Dayton industrial buildings is proving to be a haven for local artists, even as it gets a new lease on life.
The Dayton-Montgomery County Port Authority Board of Trustees last month approved a $300,000 loan
to the company overseeing the Front Street buildings, a commercial complex that bills itself as “the largest community of artists and artisans in the Dayton area.”

“It’s just a very eclectic community,” said Krysten Smith, who helps manage the trio of buildings straddling East Second and Front streets. “There’s a whole variety of different types of art that we do here — from painters to sculptors, jewelers to woodworkers, screening printers, photographers.” 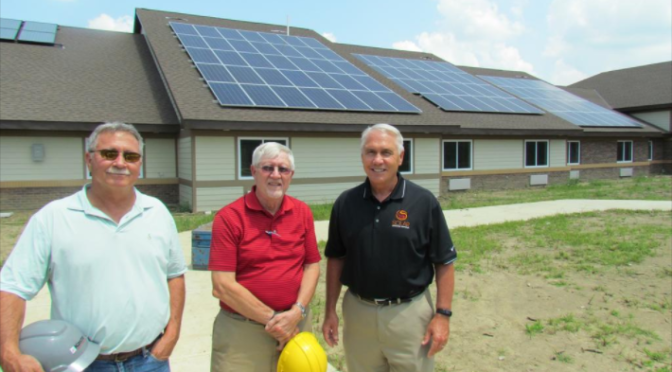 Like much of the blurry area where Montgomery and Warren counties meet, Social Row Road is a mix of farmland and brand new construction projects.

Springing up alongside the rows of corn on this border road, though, is a first-of-its-kind project that could become more common in the Dayton region: a senior living center in Washington Township whose roofs are crisscrossed with hundreds of solar panels. A replacement for a company property in Dayton, the new Social Row Transitional Care Facility benefits from a unique kind of funding.

END_OF_DOCUMENT_TOKEN_TO_BE_REPLACED 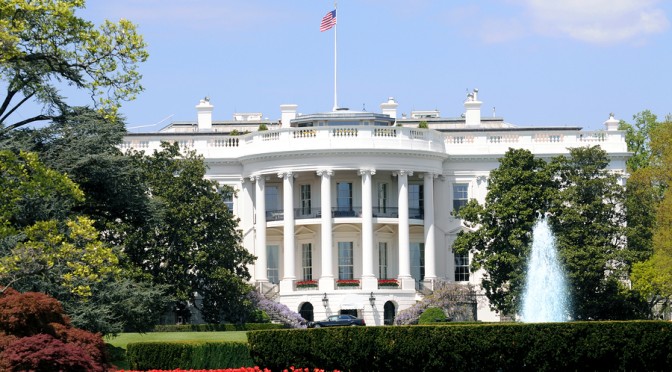 TIPP CITY, Ohio, Oct. 19, 2015 (SEND2PRESS NEWSWIRE) — Energy Optimizers, USA, will be recognized by the White House today, October 19, during the “White House Summit on Climate and the Road Through Paris” for committing to the American Business Act on Climate Change Pledge.

Greg Smith, president and CEO of the Tipp City-based energy management firm, has been invited to and will attend the summit, which will be held at the White House. Vice President Joe Biden and several senior White House energy and environmental officials will speak at the event.

The American Business Act on Climate Pledge dovetails with President Obama’s Climate Action Plan, which aims to cut nearly six billion tons of carbon by 2030. The Pledge distinguishes private-sector businesses that support this action by demonstrating an ongoing commitment to climate action.

“Delaying action on climate change will be costly in economic and human terms,” said Smith. “In response, we at Energy Optimizers, USA, will demonstrate leadership and generate sustainable economic growth by taking steps to reduce our own impact on the climate. We are proud to take part in this pledge and proud to be recognized for it by the White House.”

Energy Optimizers, USA, has set defined, measurable and ambitious goals for its pledge. The company will:
* Reduce greenhouse gas emissions by 100 percent by 2017, compared to a 2005 baseline.
* Deploy 100 percent of its solar energy needs using renewable energy by 2017.
* Improve energy efficiency across 2,135 square feet of its company headquarters by at least 45 percent by 2017.
* Eliminate deforestation from the production of agricultural commodities by 2020, in alignment with the 2014 New York Declaration on Forests.
* Develop long-term business plans that align with the deep decarbonization necessary to keep global average temperatures from rising less than 2 degrees Celsius.

Since it was founded in 2009, Energy Optimizers, USA, has helped more than 60 educational and government entities identify, finance and implement energy saving projects. The company was recognized by President Obama earlier this year for its proposed partnership with Miller Valentine to improve the energy efficiency of low-income properties in multiple states. Officials from Energy Optimizers, USA, will return to Washington, D.C., in November to lobby congressional leaders for clean energy during the fifth annual Washington, D.C., Forum.

Looking to learn more about how your school district or municipality can save on energy costs and enhance facilities? Subscribe to our monthly e-Newsletter today. 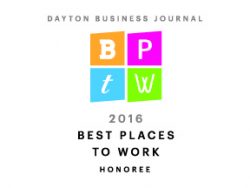 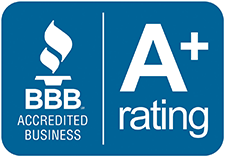